March 25, 2015 · by Girl Scouts of Eastern Massachusetts · in Girl Program · Leave a comment

Our Girl Scout troops have done some awesome things over the past four months. From the Cape and Islands to the border of New Hampshire, it’ safe to say girls across eastern Massachusetts are smart, strong and brave.

While they sold cookies by the hundreds and shoveled snow by the foot, these troops still made time to help their communities and have fun. Learn what they’ve been up to this winter — it goes beyond the cookie box! — and keep up with us by following #TroopTuesday on Facebook and Twitter.

With the help of EMTs from Tufts EMS, Medford Brownie Troop 68137 earned their First Aid badge. The girls learned how and when to call 911, put together a troop first aid kit, and how to splint a wrist or arm if injured while hiking. 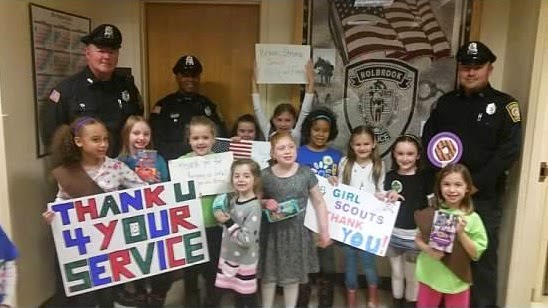 Avon/Holbrook Brownie Troop 88208 visited the Holbrook Police and Fire Department to say, “Thanks-a-Lot!” They brought along cookies, gratitude and smiles for all.

Girls from North End Troop 69168 made donations to Cradles to Crayons, which supplies children in need with the essentials to thrive. 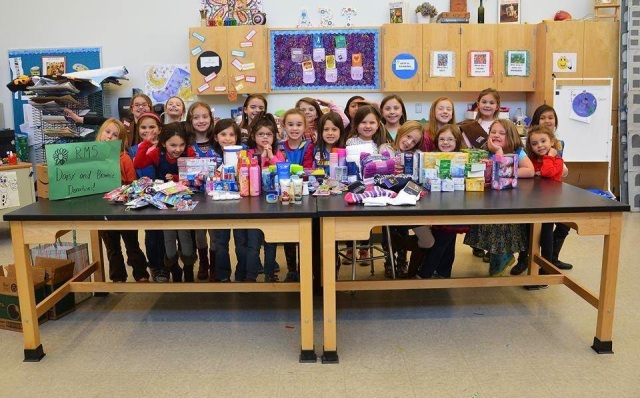 Rochester Daisy Troop 69067 and Brownie Troop 76117 worked together with their school to collect essentials such as soap, dental care products and socks to donate to a local women’s shelter during the holiday season. 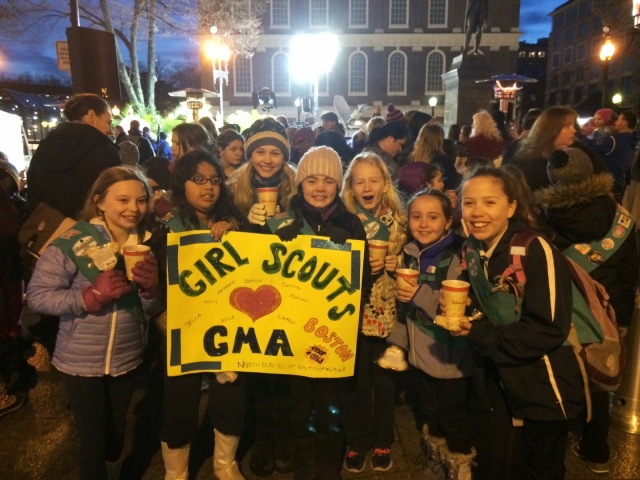 Local girls made an appearance on Good Morning America at Boston’s Faneuil Hall, helping to launch the “Coolest Summer Ever” with Olaf from Frozen. See more pictures here!